Yeah, it is almost Friday :-)
Had an ok day at work. I listened to Bones To Ashes by Kathy Reichs. Pretty good so far. My manager has tomorrow off, so she can move her daughter into college. She worked with us this summer and I enjoyed working with her and will miss her.

Dylan txt me at work that he wanted me to have dinner with him at his work, the gas station. I asked what he wanted and he said Chinese. Now first of all my 17 year old son has never asked me to eat with him. On top of that he doesn't order chinese. So I txt him back asking if this was really my son lol. So I ordered chinese and I ate with him , which was nice. Talked a little bit.

Came home to read all my Ezboard forums and play Facebook games. Then started laundry, stitched some more on the special project. I watched a great movie. I got it from Netflix and it said it was a Lifetime movie. it was Nora Robert's Tribute and it was really good! Then I watched Tuesdays General Hospital.

Scott informed me that he has to work tomorrow night. he works 3rd shift and they are busy so I will stitch and watch another Netflix movie. I think it is Suzanne's Diary for Nicholas. This is based on James Patterson's book and I loved the book.

Does anyone have plans for this weekend? I don't have any except to finish this project I am working on.
Posted by Shelleen at 10:30 PM 6 comments:

geesh, where has time gone? I sure do miss all of you. I am all caught up on reading blogs. I left comments on a few.
Right now I am stitching on a special project and can't say what it is. I also have 2 RRs sitting here. I really want to get back to my WIPs but I must be patient.
I owe Jill a MAW piece and I stitched that a while ago. Well last night I finished it but can't say how. it is going in the mail tomorrow or Friday.
Thanks to BeckySC for inviting me to a new blog of small finishes SAL.

I don't see much of Dylan since he has his own car. School starts in 2 weeks and he will be a senior. Justin will be a sophmore at college and he starts classes on Monday.

I am listening to the audiobook Bones To Ashes by Kathy Reichs. Only on chapter 4.

Work has been slow but the fresh corn silages will come in about 2 weeks and we will be swamped with work.

I owe pics on some ornaments I received in exchanges. I will get them posted soon as well.

Please forgive my absence and I will get my groove back soon.
Posted by Shelleen at 10:15 PM 3 comments:

sorry I have been MIA

I went back to work on July 27th and they had me do easy work for the week but I would come home so drained that no stitching or reading or even movies got watched. Then August 2 I started feeling crappy and got worse. They let me still take it easy at work. By Friday I could not hold out anymore and had to go to the doctors. I have Acute asthmatic Bronchitis. I wasn't getting sleep because of the coughing. So I would get home from work and crash. I spent more time on Facebook and got hooked on Farmville, Farm Town and Yoville. Now I am feeling better except my ribs and sides feel like someone beat the crap from me, from the coughing. I can't get comfortable even sitting in a chair. I did pick up me needle last night for the first time in almost 3 weeks.
I finished reading Break No Bones by Kathy Reichs and then started and finished Guilty Pleasures by Laurell K. Hamilton. I am not sure what to think of Guilty Pleasures. it was different than other vampire books that I have read. I have almost the whole series to read.

My son Dylan got his license on July 23 and bought a Dodge neon from someone for practicaly nothing.

Justin got all his Fincancial Aid that he needed for another year of college. He Loves his new/used car, Pontiac Sunfire. He also wanted a desktop computer for games so bought an alienware gaming system, which we are waiting on the delivery. He worked a lot this summer.

Scott is still working his 2 jobs. I would like him to get a new truck as his has almost 250,000 miles on it and he has been sticking money into it. The body is in great shape and only a 2001 but he loves his truck and doesn't want to get rid of it.

Well that is it for now. I am going to try and post more often, now that I am feeling better. I am also trying to catch up on everyones blogs. I have read a lot but haven't left comments.
Posted by Shelleen at 5:18 PM 7 comments: 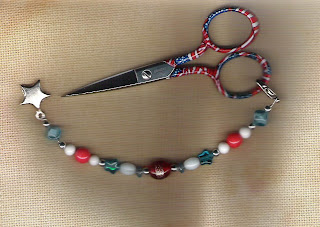 stitch a section of TW The Storyteller
Stitch on HAED Aurora's Garden
Finish a Page on The Night Before Christmas - Did 3 pages
Finish Quilt sampler did
Stitch on Halloween Fairy
stitch a JCS ornament
finish 2 smalls
Posted by Shelleen at 11:32 PM 11 comments: