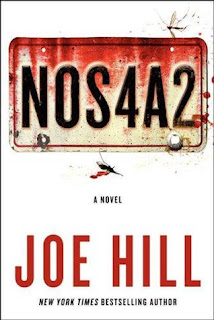 Synopsis:
Victoria McQueen has a secret gift for finding things: a misplaced bracelet, a missing photograph, answers to unanswerable questions. On her Raleigh Tuff Burner bike, she makes her way to a rickety covered bridge that, within moments, takes her wherever she needs to go, whether it’s across Massachusetts or across the country.

Charles Talent Manx has a way with children. He likes to take them for rides in his 1938 Rolls-Royce Wraith with the NOS4A2 vanity plate. With his old car, he can slip right out of the everyday world, and onto the hidden roads that transport them to an astonishing – and terrifying – playground of amusements he calls “Christmasland.”

Then, one day, Vic goes looking for trouble—and finds Manx. That was a lifetime ago. Now Vic, the only kid to ever escape Manx’s unmitigated evil, is all grown up and desperate to forget. But Charlie Manx never stopped thinking about Victoria McQueen. He’s on the road again and he’s picked up a new passenger: Vic’s own son.

My Thoughts:
This is Stephen King's son and writes just like him. Wow, what a great book. I could not put this book down. What a great author and I had to go and buy another one of his books. 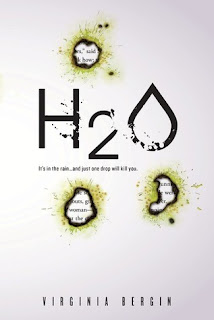 Synopsis:
They don't believe it at first. Crowded in Zach's kitchen, Ruby and the rest of the partygoers laugh at Zach's parents' frenzied push to get them all inside as it starts to drizzle. But then the radio comes on with the warning, "It's in the rain! It's fatal, it's contagious, and there's no cure."

Two weeks later, Ruby is alone. Anyone who's been touched by rain or washed their hands with tap water is dead. The only drinkable water is quickly running out. Ruby's only chance for survival is a treacherous hike across the country to find her father-if he's even still alive.

I read this book while in SC during the rain but a few days after the flood. Finished it in Myrtle Beach and this book was creepy and made being in the rain scary. Very well written and makes you think a lot. 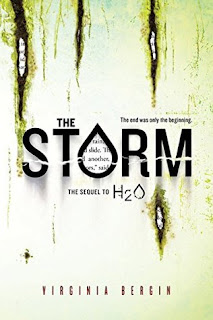 Ninety-seven percent of the population is dead. And the killer rain keeps falling. Ruby's not sure she can make it on her own much longer. So when a chance encounter leads her to a camp with the last boy she may ever kiss (it's not easy to date during an apocalypse), Ruby gratefully accepts the army's protection.
But safety comes with a price: If Ruby wants to stay, she must keep her eyes-and her mouth-shut.
Except Ruby stumbles across a secret she can't possibly keep. Horrified, she flips out and fights back-only to make the most shocking discovery of all...

My Thoughts:
I received this ebook for a review, from NetGalley.
I loved this book. It kept me on the edge of my seat and I would yell at the character, Ruby. Loved her relationship with Princess and Darius. The way that her father treated her though wasn't quite as believable and no one told her where another family member was.
Posted by Shelleen at 8:01 PM No comments: 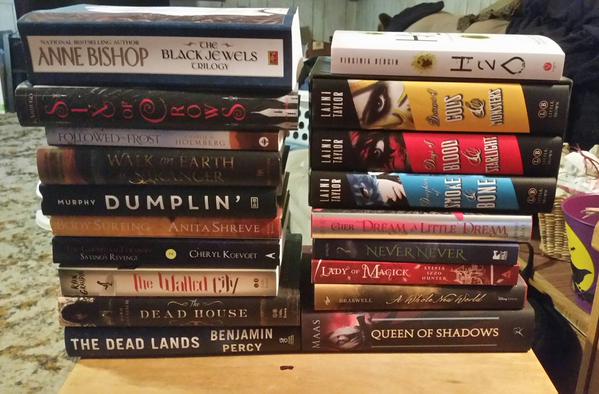 These are the books that I bought in the month of September.
Posted by Shelleen at 3:02 PM 2 comments: 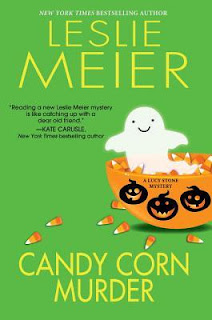 Synopsis:
Halloween is coming to Tinker’s Cove, Maine, and local reporter Lucy Stone is covering the town’s annual Giant Pumpkin Fest for the Pennysaver. There’s the pumpkin-boat regatta, the children’s Halloween party, the pumpkin weigh-in…even a contest where home-built catapults hurl pumpkins at an old Dodge! But not everything goes quite as planned…Lucy’s getting very annoyed that her husband Bill and his friend Evan have been working seemingly nonstop on their potentially prize-winning pumpkin catapult. But when the day of the big contest arrives, Evan is nowhere to be found…until a catapulted pumpkin busts open the trunk of the Dodge. Amid the pumpkin gore is a very deceased Evan, bashed in the head and placed in the trunk by someone long before the contest started.

Bill is on the hook for the Halloween homicide—he was the last one to see Evan—so Lucy knows she’s got some serious sleuthing to do. The crime’s trail seems to always circle back to Country Cousins, the town’s once-quaint general store that’s now become a big Internet player. Though the store’s founder, Old Sam Miller, is long gone, his son Tom and grandson Trey now run the hugely successful company. But whispered rumors say things aren’t going well, and Lucy finds that this case may have something to do with an unsolved, decades-old Miller family mystery…

With each new lead pointing her in a different direction, Lucy sees that time is quickly running out. If she wants to spook the real killer, she’ll have to step into an old ghost story…

My Thoughts:
I have read half of this series and read this for a review through NetGalley. I have liked the rest of the series so far and I enjoyed this one. Getting to know Lucy and her family again was fun. I could not stand one person in this book and that was the woman who was in charge of a daycare. I really wanted to slap her.
Posted by Shelleen at 10:19 PM No comments: