Blog Tour: Out With the Ex, In With the New by Sophie Ranald 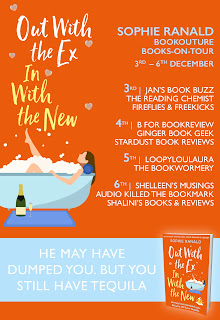 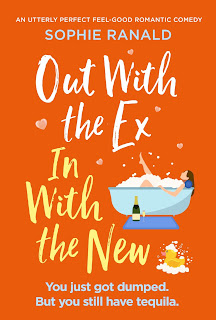 Title: Out with the Ex, In with the New

Gemma didn’t expect her life to look like this. She’s still living with her mother, who steals her leggings and tells her off for leaving crumbs in the butter. After twenty failed interviews she thought she’d got her dream job as a journalist – except it turns out to be writing articles about cats that look like George Clooney. Luckily she has her wonderful boyfriend, Jack, to help her forget just how awful things are.

Then Jack dumps her out of the blue. With nothing but her childhood teddy bear, Stanley, and a whole heap of heartbreak, Gemma resolves to turn things around. She throws herself into her new job and soon she’s hanging out with cheeky, golden-haired hunk Charlie, eating in swanky restaurants and sipping trendy cocktails – and her old life seems like a distant memory.

But it’s not long until her shiny new world starts to lose its sparkle – and Gemma misses the days of wearing battered pink converse and eating peanut butter on toast in bed. Then Jack turns up, backpack in tow, and things start to go wrong with Charlie. ‘Out with the old, in with the new’, the saying goes. But what happens if neither one is quite right?

This laugh-out-loud romantic comedy is for anyone who’s ever cried their eyes out to love songs after a break-up or accidentally drunk-texted their ex. Fans of Sophie Kinsella and Lindsey Kelk will love this unmissable read which is all about falling in love with the most important person: yourself!

This book was previously published as the Truth About Gemma Grey.

Out with the Ex, In with the New by Sophie Ranald
My rating: 4 of 5 stars
Jack and Gemma had been engaged. She is floundering in life and wants to be a journalist. Then all of a sudden Jack says he isn't ready to get married yet but still loves her. He wants to travel for a year. He doesn't ask her to go with him but tells her he is traveling with his best friend , who is a woman. Pics on social media show Jack and his friend to close for comfort. Next thing she knows is Jack has dumped her and now with his best friend. Meanwhile Gemma has a You Tube channel and as she is holding her teddy bear, Stanley , she talks about her heartbreak. It gets thousands of hits.
At a party Gemma meets Charlie and they hit it off right away. Things look great between them but little things start bothering her and she thinks maybe Charlie isn't for her. But then Jack shows up again and misses her.
Gemma has decisions to make and Jack seems to be one of them. This book was funny and also sad. The whirlwind of Charlie got Gemma out and doing things. Also her channel was doing awesome!
Thanks to Bookouture and NetGalley for the ARC. 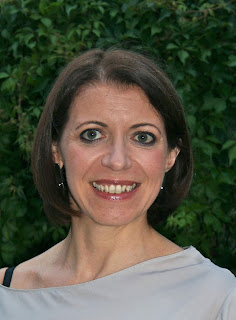 Sophie Ranald is the youngest of five sisters. She was born in Zimbabwe and lived in South Africa until an acute case of itchy feet brought her to London in her mid-20s. As an editor for a customer publishing agency, Sophie developed her fiction-writing skills describing holidays to places she'd never visited. In 2011, she decided to disregard all the good advice given to aspiring novelists and attempt to write full-time. After one false start, It Would Be Wrong to Steal My Sister's Boyfriend (Wouldn't It?) seemed to write itself. Her second, third and fourth novels followed. Sophie also writes for magazines and online about food, fashion, finance and running. She lives in south-east London with her amazing partner Hopi and Purrs, their adorable little cat.

To find out about Sophie's forthcoming releases and get access to free books and special offers, sign up to her newsletter at sophieranald.com or