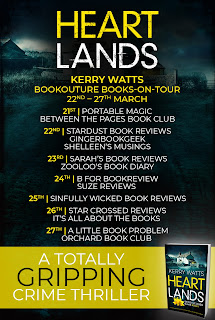 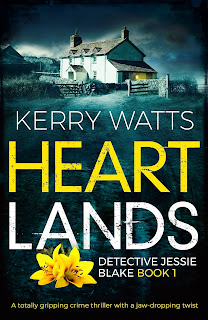 Call it mother’s intuition, but I knew she was dead the moment she was late home. As I listened to her phone ring and ring, that’s when I knew for sure. My little girl was gone.

Twenty years ago, Sophie Nicoll never came home from school. Days later her body was found in a shallow grave on a remote farm a few miles from her hometown. Two boys from her school were found guilty. The press called the boys evil. Sophie’s family wanted them dead. The judge promised they’d never walk free.

Two decades later and schoolgirl Shannon Ross has vanished from a small town in the Scottish Highlands.

It’s Detective Jessie Blake’s first big case since she joined Perthshire Police. Having recently arrived from London, Jessie lives in fear of people finding out about her past and her reasons for moving north.

When Shannon’s body is found in the river on the outskirts of Inverlochty, Jessie discovers she’s not the only one with something to hide. As the small community begins to crack under pressure, people begin to point fingers. And soon, the big secrets hidden within the small town are revealed – with devastating consequences.

This shocking crime thriller set in the dramatic Scottish Highlands will have you reading well into the night. If you like LJ Ross, Cara Hunter or Robert Bryndza, you will absolutely love this.

Heartlands by Kerry Watts
My rating: 5 of 5 stars
20 years ago Sophie did not come home from school. a few days later her body shows up and 2 boys from her school are found guilty of her murder.
Present day Shannon goes missing. Detective Jessica Blake is on the case. Jessica has a past that she has kept secret.Also the reason she has moved and joined this police force.
Shannon's body is found in the water and as the investigation is ongoing more secrets are unraveled in the town. Affairs, a secret identity are 1 of the few things going on. You meet Shannon's parents who are troubled. Their neighbors Rob and Cassie, who looks like the perfect family expecting their first baby. Shannon's uncle, who is only a year or 2 older than her and lives with her family. Shannon's best friend Eric, and another boy who is always bullied by Shannon's uncle. This book kept me so engrossed. I thought I knew who had the new identity but I was wrong. I did have an idea who killed Shannon and I was right about that. This is a great book for a new series and plan on reading the rest when they come out.
I received this from Bookouture and NetGalley for review. 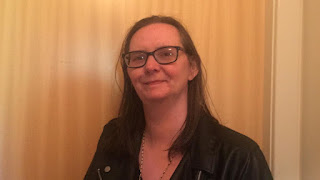 Kerry Watts was born and grew up in a small town in the East of Scotland where she still lives today. She is always writing and carries a little notebook and pen with her wherever she goes because at her age ideas need to be captured before they disappear.
Kerry specialises in crime fiction because she enjoys pushing the boundaries of what it is to be human. The nature versus nurture debate