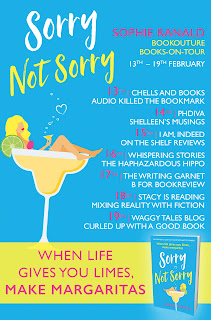 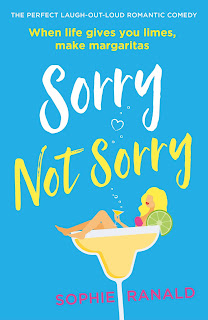 A fabulously feel-good novel that will make you laugh till you cry and leave you living life to the full, margarita in hand!

Is this all there is? I scraped the last dregs of Caramel Chew Chew ice cream out of the bottom of the tub with my finger and licked it. It left a sticky smear on my phone’s screen when I typed into Google, “How to find love, sex and happiness.”

Charlotte has always been a good girl. But being good is getting boring…

She’s not just stuck in a rut – she’s buried in it up to her chin. The only company she has in bed is the back catalogue of Netflix and falling in love feels like the stuff of fairy tales. So when she stumbles across a popular podcast, ‘Sorry Not Sorry’, which challenges women to embrace their inner bad girl, she jumps at the chance to shake things up.

Old Charlotte would never ask for a stranger’s number, go on a blind date or buy lacy lingerie… But New Charlotte is waving goodbye to her comfort zone (with a side order of margaritas). And it turns out that good things happen to bad girls…

If you’re a fan of romantic comedies by Sophie Kinsella, Lindsey Kelk or Matt Dunn, and love TV shows like Girls, Crazy Ex-Girlfriend and Jane the Virgin, you won’t be able to put down this hilarious read!

Chapter One – Extract
When I got in from work, Maddy and Henry were still there –
just. Their hired van was parked in the street outside the house,
and they were standing in the hallway surrounded by their stuff.
I wondered whether they’d decided not to wait for me but then
changed their minds – the same way I’d almost gone for a drink
after work but decided to come home instead, to say goodbye.
‘Oh, you’re here, Charlotte!’ Maddy said, with a cheerfulness
that sounded a bit forced.
‘Yes!’ I said, with equally forced cheerfulness. ‘I mean, Briony
and Alice were going to go to Quag’s for a cocktail, but I didn’t...
I couldn’t...’
I stopped. I tried to meet Maddy’s eyes, but somehow I couldn’t
do that, either. There she was, my best friend, her face as familiar
as my own, standing in our familiar hallway wearing the 7 For
All Mankind jeans we found in TK Maxx six years ago, which I’d
watched go from new to worn to distressed, and fished out of the
washing machine more times than I could remember. There were
her green eyes behind the cat’s-eye glasses, her dark, cropped hair,
the dimple on her left cheek that was almost always there, because
she was almost always smiling.

Not now, though.
Henry cleared his throat. ‘We left the keys on the hook in the
hallway,’ he said.
‘We were going to drop them off at Wankerson’s,’ Maddy said,
smiling as she used our joke name for the letting agent. ‘But we
ran out of time, and they’ll be closed now.’
‘It’s no problem,’ I said. ‘I’ll do it tomorrow.’
‘And we’ve done all the stuff with the bills,’ Henry said. ‘Council
tax, water, Npower, broadband – and we’ve signed up for three
months of mail forwarding. But just let us know if there’s anything
we missed.’
‘Odeta’s coming to clean the place on Monday,’ Maddy said.
‘Remember, she’s going back to Romania for two weeks after that,
but the agency said they’ll send someone else. I told them you’ll be
in touch about the direct debit.’
‘Ollie at Wankerson’s called to say the landlord’s arranged for
someone to come round tomorrow and do some stuff in the garden,’
Henry said. ‘Cut back that tree, hopefully. But he might not turn
up. You know what they’re like.’
Maddy said, ‘Our new fridge freezer isn’t coming until next week,
so we’ve left some stuff – ready meals, and that chilli I cooked the
other night. It’s all yours. You’re so busy, Charlotte, I know you
don’t have time to cook.’
‘And it’s not like we’re moving to Siberia,’ Henry said. ‘We’ll
only be in Bromley. It’s only, like, an hour and a half from here
on the train.’
An hour and a half on three separate trains and a bus, I thought.
It might as well be flipping Siberia…

If you’ve enjoyed what you’ve read, you can grab your copy of Sophie Ranald’s
SORRY NOT SORRY here: 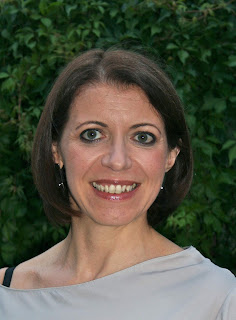 Sophie Ranald is the youngest of five sisters. She was born in Zimbabwe and lived in South Africa until an acute case of itchy feet brought her to London in her mid-20s. As an editor for a customer publishing agency, Sophie developed her fiction-writing skills describing holidays to places she'd never visited. In 2011, she decided to disregard all the good advice given to aspiring novelists and attempt to write full-time. After one false start, It Would Be Wrong to Steal My Sister's Boyfriend (Wouldn't It?) seemed to write itself. Her second, third and fourth novels followed, and The Truth About Gemma Grey was released in summer 2017. Sophie also writes for magazines and online about food, fashion, finance and running. She lives in south-east London with her amazing partner Hopi and Purrs, their adorable little cat.

To find out about Sophie's forthcoming releases and get access to free books and special offers, sign up to her newsletter at sophieranald.com or