Book Tour: Where She Lies by Michael Scanlon 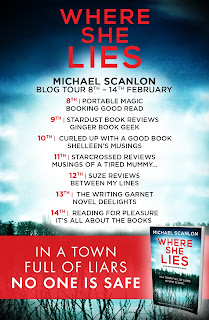 Title: Where She Lies (previously titled The Quiet Ones) 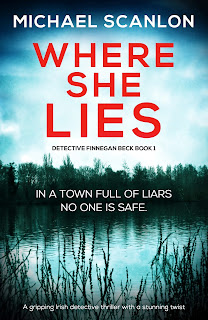 In a town full of liars, who can you trust?


When Detective Finnegan Beck is demoted from his high-powered job in Dublin and relocated in disgrace to the small Irish town of Cross Beg, he predicts boredom will be his biggest threat.

But then a beautiful, local teenage girl is found strangled in the cold, dark woods a mile from town. The prime suspect is the seemingly-gentle drifter who found Tanya’s body.

Beck seems to be the only person who can’t escape the feeling that Tanya wasn’t killed at random. As he digs deeper into the shadows of Cross Beg, he begins to realise it isn’t the sleepy backwater he’d first believed. Everyone here has something to hide. Tanya had a boyfriend, whose name no one knew. A best friend with a loose relationship with the truth. And a habit she thought she’d kept hidden from everyone.

But, just as Beck believes he is making progress, the body of one of the suspects is found drowned in the river. Is the killer just getting started?

Everyone in the town seems to have something they would die to protect. But who has a secret they’d kill for?

This debut novel from a powerful new Irish voice is the first in a gripping series that will feature the brilliant, haunted Detective Finnegan Beck who won’t rest until justice is found. Perfect for fans of LJ Ross, Joy Ellis and Patricia Gibney.

Where She Lies by Michael   Scanlon
My rating: 4 of 5 stars
Det. Finnegan Beck is demoted and sent somewhere else. He thought he would be bored. Then a teenage girl, Tanya, is murdered. The drifter who found her is the suspect. When Beck starts investigating he realises things aren't as they seem in this town. And things were not as they appeared with this girl. Then a suspect is found dead. As we watch Beck and his partner Claire investigate we realise there is a lot more than meets the eye. Beck is also under investigation for a short time. I enjoyed this book and it was previously titled The Quiet Hours.
I received this from Bookouture and NetGalley for review.
#whereshelies #NetGalley 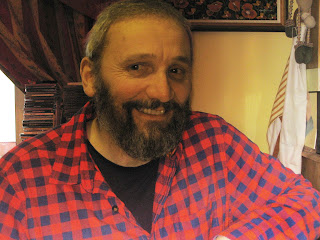 Michael Scanlon is a civilian employee of the An Garda Siochana (the Irish police force), but a life threatening undiagnosed illness that struck while travelling in Spain in 2014 has rendered him on long term sick leave. He is married to Eileen and has a daughter, Sarah. He lives in the countryside outside the town of Ballina in County Mayo. The town has arguably the best salmon river in Europe, called the Moy.