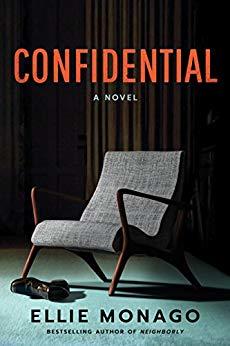 From the bestselling author of Neighborly comes a twisty novel of psychological suspense about the lies three women tell to survive, and the ones they'd kill to keep hidden.
Everyone loves therapist Michael Baylor. He's handsome. He's respected. And he's provided a safe place for his female patients. Now he's dead, and a detective is casting a tight net for the murderer--because the good doctor may have done some very bad things with the women who trusted him. That's if their stories check out.
There's Lucinda, who struggled to process her childhood trauma even as she was falling in love with Dr. Baylor. Greer, an accomplished career woman who was torn by her sudden desire to have children, so she went to Dr. Baylor for help but may have gotten more than she bargained for. And then there's Flora, a beautiful former patient who'd been on intimate terms with the man she called Dr. Michael for two years. Some might even say she was obsessed with him.
Three women caught in a tangled web of lies and secrets. And each with a motive for murder. With so much at stake, can any of them be trusted to tell the truth?

Confidential by Ellie Monago
My rating: 4 of 5 stars

Dr. Michael Baylor was a therapist, mostly dealing with women, and he was found dead. The detective has 3 suspects. Lucinda, Flora and Greer. They each have their own demons to deal with. We learn about their pasts and the present. When and why they started seeing him and their relationship that formed with him. But which one wants him dead?
I didn't really like any of the characters but the author wrote this book in such a way that you needed to keep reading and not put it down until you finished the book.
I received this from NetGalley for review